﻿I think that this quote stated by Rene Descartes means that you are thinking so therefore you you are who you are. One example is your thought usually make out the person you are. This may mean that your thought are usually your actions. One example may be like how some people have violent thought therefore they may act violent. Also this statement may include how some people bring their thoughts and ideas to life like Thomas Edison how had the idea of the idea of the light bulb and brought it to life. To me this is what the quote, " I think, therefore I am." means.

Mindset is the idea of using our failures to either improve our intelligence or make our intelligence stabilize. We can use this idea as a way to become smarter in ways we never really understood. A way that we can use mindset is by using our failures as a way of pushing through a surface of obstacles. This is what we would call Growth Mindset. However, we can use our failures as an excuse, saying that we are limited to our knowledge, but saying that we can no longer become better once we have reached failure. Overtime, we can actually learn to become smarter, increasing our intellect. Our brain capacity isn’t just measured by IQ’s or tests, but also by our state of mind. The GATE icon for over time is a great way of explaining how our intelligence is not something we are born with, but something that grows as days, years, maybe even decades, pass by. Even now, the world is learning from failures, but also restraining itself from it. “The key, she found, isn’t ability; it’s whether you look at ability as something inherent that needs to be demonstrated or as something that can be developed,”says Carol Dweck in her 2007 study on mindset. This means that mindset isn’t only about ability, but about the way you use that ability to either make it stronger and greater or make it weaken and wilt.

The contribution of failures can lead to many successes. One example is a flower. It takes time to grow, but to be able to grow strong, you also need to test out different soils and foods to realize what will make it stronger. It’s going to go through many soils and foods that are rubbish, but in the end, it will find something nourishing to grow off of. As stated by Carol Dweck, ”For example, studies on different kinds of praise have shown that telling children they are smart encourages a fixed mindset, whereas praising hard work and effort cultivates a growth mindset.” The previous statement talks about the way that teachers can also, in some way, be a contribution to the manner a person uses that mindset. According to a video on Growth Mindset, posted by Infobundl, the brain is like a muscle, so the augmentation of other people and how much stress is thrust onto the brain, the more powerful it becomes. The brain doesn’t only become smarter over time, but the people who contribute to it either put the brain and its owner into either a state of complete growth mindset, or utter fixed mindset.

A healthy, beautiful flower represents the idea of growth mindset, that the flower was able to overcome increasing heat, water shortage and be able to grow to be strong and beautiful. The wilting flower is a representation of the idea of fixed mindset. The flower was at it’s peak, but slowly it started to wilt and fall apart, but it can become beautiful. The small flower shows new beginnings, a start, in which it can decide to be beautiful or droop. 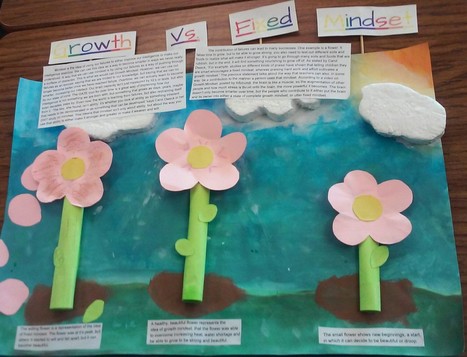 After reading a bit more on the on Descartes "I think, therfore I am" I now think that this quotes has to do with how you perceive things. An example is how someone may see an object and they see one thing while someone see a different thing. This example is connected to "I think, therfore I am" because it is showing when you imagine and perceive things means that you are alive. 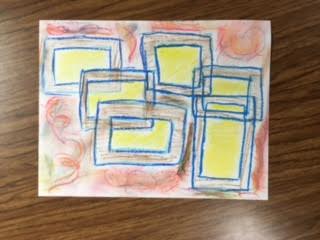 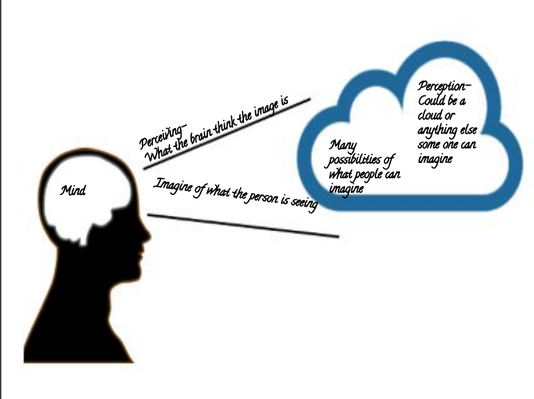 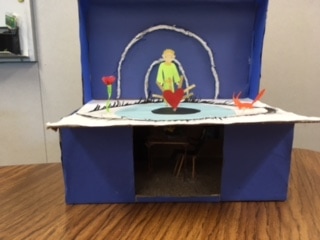 In the imagery project for The Little Prince ​me and my partner got chapter 21. We both decided to do the rose, price, and fox to represent relation ships, the foil for the impact the relationship makes, Descartes inside to show the parallel between the prince and what Descartes thought, and the yellow stripes for flower. The eye shows how it can not see a force like relationships, but the heart can feel it.

​What  does it mean to be American ? 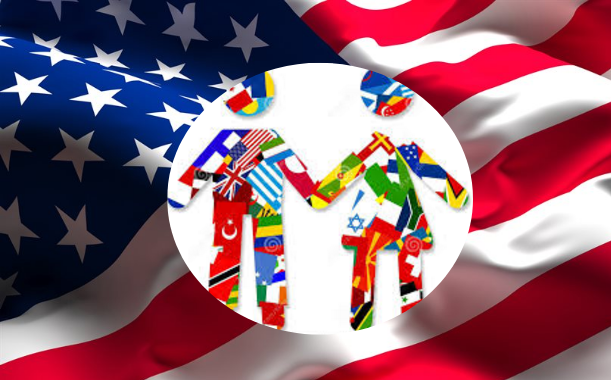 To me being American means many things. To me it means multiple rich cultures. I think of people accepting each other as well as people hating each other for ridiculous reasons. When I hear what doe sit mean to be American I think of many things, ethnicities, of rich and poor, people with advantages and disadvantages. When thinking of the American life I think of variety. ​

I hear America singing, the varied carols I hear,
Those of the different and unfamiliar, singing loudly with fear,
The wounded, each singing for life,
The first ones singing excitedly to discover what is up ahead,
The rich, not singing as nearly as hard as the rest,
The unknown, singing quietly trying not to be heard,
The blind, singing with power and force,
The young, singing for what belongs to them,
Together, their tones, their melodies, become into one beautiful piece.