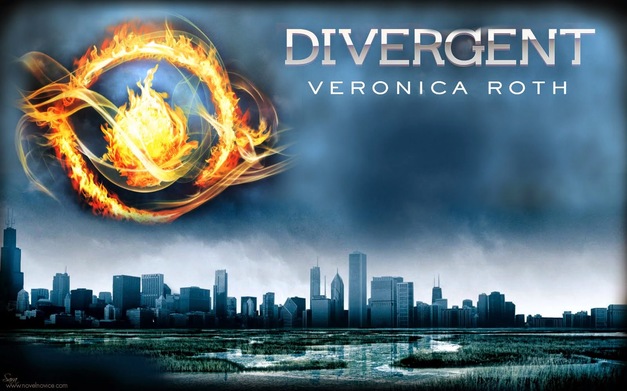 ​
The story I am reading currently is Divergent. The main character in the story is Beatrice/ Tris Prior she is the main character in the story. She is 16 years old and she comes from the faction Abnegation. She is the main character because she is a “Divergent”, which in her society is a very dangerous thing to be because it may “destroy society” because of their behavior, which contains a personality from each faction. Tris is dynamic character because she turns more brave and bold while in the beginning she was acting to be selfless. One example is that she she states on page 21,” But I am not selfless enough. Sixteen years of trying and i am not enough,”. It also states she is brave on page 21, “I am selfish. I am brave.”

There are new characters in the story. The first new one is Four who is going to be training the new initiates of Dauntless (faction Tris moved to). Also there Eric a Dauntless leader who Tris describes as “... more ruthless...,’ in page 59. These two new characters are somewhat rivals as Four has been offered a government job but never accepts. This causes Eric to think of him as a threat to his current position as a government leader. The other character is Christina, who Tris befriends, and describes her as”  … friend, period.”, in page 41. She said this because were she comes from she is not aloud to talk about themselves so it was “impossible” to make any sort of friendship. The last character is Peter, in which on page 41 Christina describes him as “pure evil”. He also somewhat “bullies” Tris with his group of friends.
​
Monday, October 24, Reading Log #3, Topic Choice #2- Conflict

The main conflict in the story is man vs man. This all started out because the Erudite want all the power and want to be in control of the government. The people that are most affected are the Abnegation faction. As for the Erudite team up Dauntless and harm the Abnegation physically. This conflict is external. “The second you orchestrated an attack against innocent people.” (176) This is proof to show how the Erudite and Dauntless are are attacking the Abnegation, even though they are innocent. In the end of the book the conflict is yet not resolved. It was left in a cliffhanger, to be continued by the author and answer unanswered questions.

In the beginning all was peace, until the Erudite (intelligence faction) started to attack Tris’s old faction (Abnegation/ Selfless) and declared war. They declared the war so Erudite and team up with Tris’s current faction, the Dauntless, over Abnegation so they  could take hold off the government and exterminate Divergents. Tris reacts to this and defends herself and tries to defend her faction. This part of the plot helps to form the theme of the story. This part of the story starts to form the climax of the story. “ If Jeanine can make people believe that my father and all the other Abnegation leaders are corrupt and awful, she has support for whatever revolution she wants to start, if that’s really her plan.” (132) This is the first in the rising action, when Jeanine (leader of Erudite)  starts threatening Abnegation. “I stand as still as I can, but all I want to do is find Jeanine and Eric and Max and shoot them all.” (173) Tris says this because the Dauntless (Eric and Max) and Erudite (Jeanine) starts to attack Abnegation. 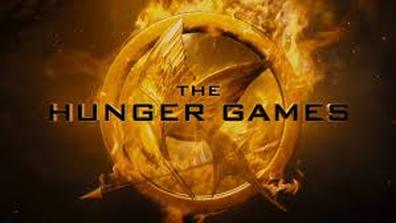 The main character of the story the Hunger games is Katinss Everdeen. She is the main character because she was chosen as one of the 24 tributes, along as Peeta Mellark (male tribute), to represent their district, District 12, in the Hunger Games. Katniss is known to be more of the hostile type, as of page 117 it says “Whereas when you open your mouth, you come across more as sullen and hostile.” The main character's partner in the story, Peeta Mellark, is known for being a bit more richer than Katniss. He gave Katniss bread when she was to the point of starving to death. He is known for being more considerate and friendlier than Katniss.
​Friday, December 16, Reading Log #6, Topic Choice #2- Conflict

The main conflict of the story is how President Snow (dictator) has set up a thing called the "Hunger Games". The Hunger Games all started because a rebellion made by all thirteen districts. The Hunger Games isn't really a game, as it is considered a death battle from all the 12 districts (excluding 13 as it was destroyed) choosing two 12-18 year-old male and female, in total 24 "tributes". This is considered punishment for the uprise the districts did. The rules are and reasons are stated on page 19, stating, "In punishment for the uprising, each of the twelve districts must provide one girl and one boy, called tributes, to participate. The twenty four tributes will be imprisoned in a vast outdoor arena that could hold anything from a burning desert to a frozen wasteland. Over a period of several weeks, the competitors must fight to the death. The last tribute standing wins." All of this is televised so the capital people, who have the most rights and power, and all the other districts see the tributes killing each other. The capital think of the tributes as "stars". Katniss finds this useless and in the end starts to begin a rebellion, while Petta may not rebel much he also has a strong dislike to these games.
​Friday, December 16, Reading Log #7, Topic Choice #3- Plot

​One of the main topics that leads to Katniss getting picked out to be in the Hunger Games is how she volunteers as tribute to take place of her sister. Katniss takes the place for her sister because it says in the book that Prim (her sister) is the only person she loves. It all started when Katniss's 12-year-old sister was chosen for the Hunger Games and Katniss didn't want her sister to be the one suffering. As in page 23 is says, “I volunteer!” I gasp. “I volunteer as tribute!”, Katniss says. This happens in the rising action, when the tributes are barely starting to get set up. This starts leading up and building the promise of Katniss trying to survive the game, as she promised this to her sister.